Not long now until September 30th, when the NSMG-Net Year Four AGM will be held at the Le Westin hotel in Montreal! 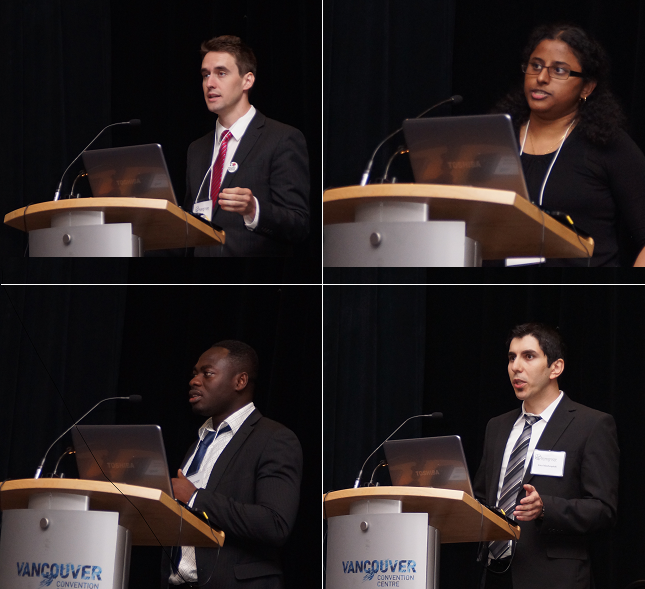 Students preparing posters and presentations must use the NSMG-Net templates (see the Students page for more stationery).

Our meeting this year is timed to coincide with ‘Smart Grid Week’, including a public meeting of the International Smart Grid Action Network and the three day meeting of Smart Grid Canada, which is sponsored by NSMG-Net partners Hydro Quebec and Schneider Electric and which will attract professionals from many Canadian utilities and technology companies.

NSMG-Net Researchers and Students that have not yet registered for Smart Grid Canada should do so as soon as possible. This is a great opportunity for students to meet their future employers! Researchers should use their project travel budget for all AGM expenses (travel, board and conference fee). There is a student rate available: please contact the Network Manager for details.

As a reminder, all NSMG-Net industry and government partners are strongly encouraged to participate in the NSMG-Net AGM, which is in fact open to all interested parties.

Please be sure to inform the Network Manager of your arrival and departure dates, and your party size for final catering purposes.

Remember to use Linkedin, Twitter and our own website to discuss and highlight Canadian and international microgrid news and events.

The Clean Energy Solutions Center, in partnership with the International Smart Grid Action Network, is hosting a no-cost, webinar-based training on the PowerShift Atlantic research project. NSMG-Net researchers across all Themes are strongly encouraged to attend.

The project focuses on leveraging distributed energy resources, such as thermal storage solutions, to better integrate renewables. A virtual power plant has been developed and is currently in operation, dynamically shifting customer loads, such as water heating, electric thermal storage solutions, and building HVAC systems. Currently, PowerShift Atlantic (PSA) has a total of 16.5 MW of connected load and roughly 1,250 customers

Reserve your place on this webinar now! The webinar is being offered at two separate times on Wednesday, 2nd July: 9am and 4pm EDT. 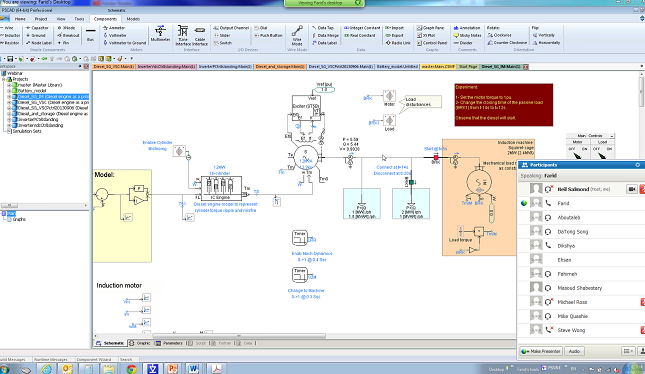 Feedback from attendees was very positive: “Thanks for organizing the Webinar. The material presented in the Webinar was quite relevant to my research.” “Thank you to NSMG-Net and Farid so much for your helpful Webinar.”

Any other NSMG-Net partners interested in presenting their work and products to NSMG-Net researchers should contact the network manager.

The Queen’s Biennial Symposium on Communications is a long-standing Canadian tradition that focuses on developing Canadian expertise in the fields of coding, information theory, telecommunications as well as signal processing. It connects Canadian and global leaders both in academia and industry and provides a platform for students’ development as tomorrow’s professionals.

At the 2014 conference held June 1-3, Gowdemy Rajalingham, a PhD student at McGill University working under NSMG-Net Theme 3, presented on Random Linear Network Coding for Converge-cast Smart Grid Wireless Networks. This is part of a preliminary study on the feasibility of networking coding to improve the data transmission robustness of microgrid communication networks, and part of the overall project goal to develop efficient transmission, information processing, and networking techniques and strategies suitable for a robust communications infrastructure that supports the integration of smart microgrids. 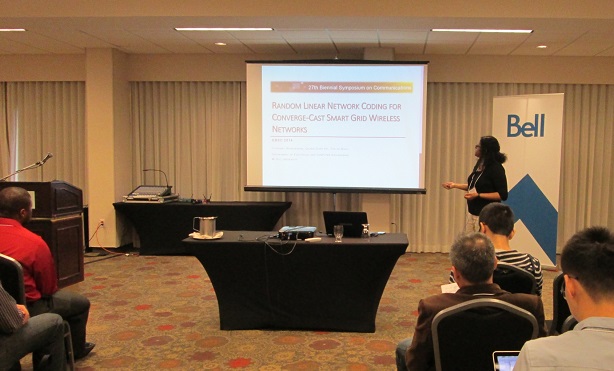 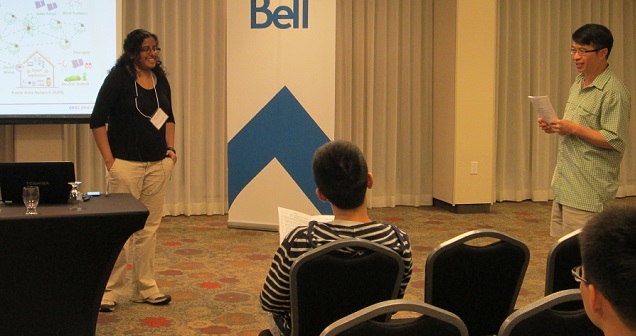 Gowdemy’s research determined that utilities and microgrid developers should use network coding that allows for partial decoding operations, when designing communication networks:

A microgrid Neighborhood Area Network (NAN) poses a communications challenge due to the bottlenecks associated with the converge-cast nature of uplink traffic. This can potentially be addressed through network coding. In this research, Random Linear Network Coding (RLNC) is considered in converge-cast scenarios while both network size and link reliability are varied. This preliminary study suggests that inter-session RLNC does achieve throughput enhancements but at the cost of higher network load. Additionally, performance drops sharply with low link reliabilities due to the lack of partial decoding. Therefore, for large converge-cast networks network coding that allows for partial decoding operations would be more beneficial.

Network partners interested in collaborating, building on or learning more about the research of Project 2.3 should contact the Project Leader. 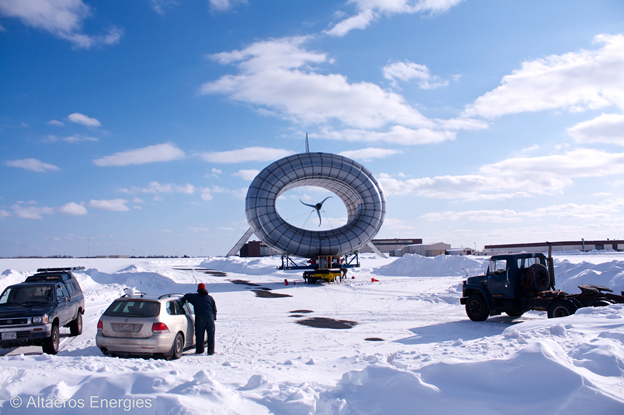 The discussion began with an overview of Airborne Wind Energy technologies: kite designs that generate power on the ground, fixed wing designs like Google’s Makani project, and aerostat-based designs like Altaeros’ Bouyant Airborne Turbine (BAT). Each have advantages and disadvantages, with a key advantage of Altaeros’ BAT being its near-vertical profile, and the ability to raise and lower the device for optimum generation. This controllable wind generation could allow diesel generators and demand-response systems on the ground to run more effectively.

Chris explained some of the trade-offs between weight and balloon strength, especially as ice throw had to be taken into account. An Alaska pilot program is scheduled to start next summer. In terms of future research – an area of key interest to NSMG-Net students – Chris highlighted the need to optimise the altitude-adjusting algorithm, based on real load and wind speed data at remote sites. The group also briefly discussed optimal storage technologies for remote sites, trading off the simplicity of thermal-electric storage with pure electric battery storage.

Any NSMG-Net researchers interested in learning more about the technology and opportunities should contact the webinar attendees above, or the Network Manager (neilsalmond@smart-microgrid.ca).